I will write this post in english because I want it to be searchable on google so that more people can learn my experience.

Three months ago I have applied for Bank of America VISA student credit card. Later one month I have received a letter indicating that my social security number was wrong (however it was not) so I took that letter and went to the bank again with my original social security number paper and the people in the bank faxed that to the credit services again. After a month I received a second mail indicating that they were unable to approve my request because 'my personal information on my application differs from their credit file and unable to verify my address as stated on my application'. (If my adress was really wrong, I wonder how I received that mail in my mailbox) So I went to bank again and then they told me to call the credit services directly. I called them and they said that "if I am not a US citizen, I have to have 8 months of banking history with bank of America to get a credit card. However my friend who applied at the same time with me has received his card after one month and we both opened our accounts at bank of America at the same time… The only difference between me and him is, I'm from Turkey and he is from Germany.

So I was very angry and I went to the bank other day again to find the real reason, and they said the same thing with the credit services and I asked them how my friend got it and they could not answer, and I asked them why the real reason was not indicated on the letter and they said 'BECAUSE WE CAN NOT DISCRIMINATE THAT' …. So basically what they are doing is, they are just giving turn rounds, they tell the real reason to your face but they can't officially print it because they know that they can be sued for that…. So I believe this is how the new form of racism moves in USA. According to law you can't be racist but companies always find a way to play around with the laws and continue their racist acts. i believe that credit services has "a list of countries with credit scores" to decide who can be eligible for credit card. This is the first time I felt corporate america with no laws above them.

When will that end? When will people understand that there is no difference between them and any other human on earth? For how long will people feel racism and feel ashamed... How many wars do we need to learn that? 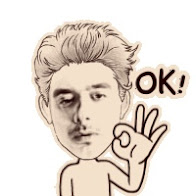